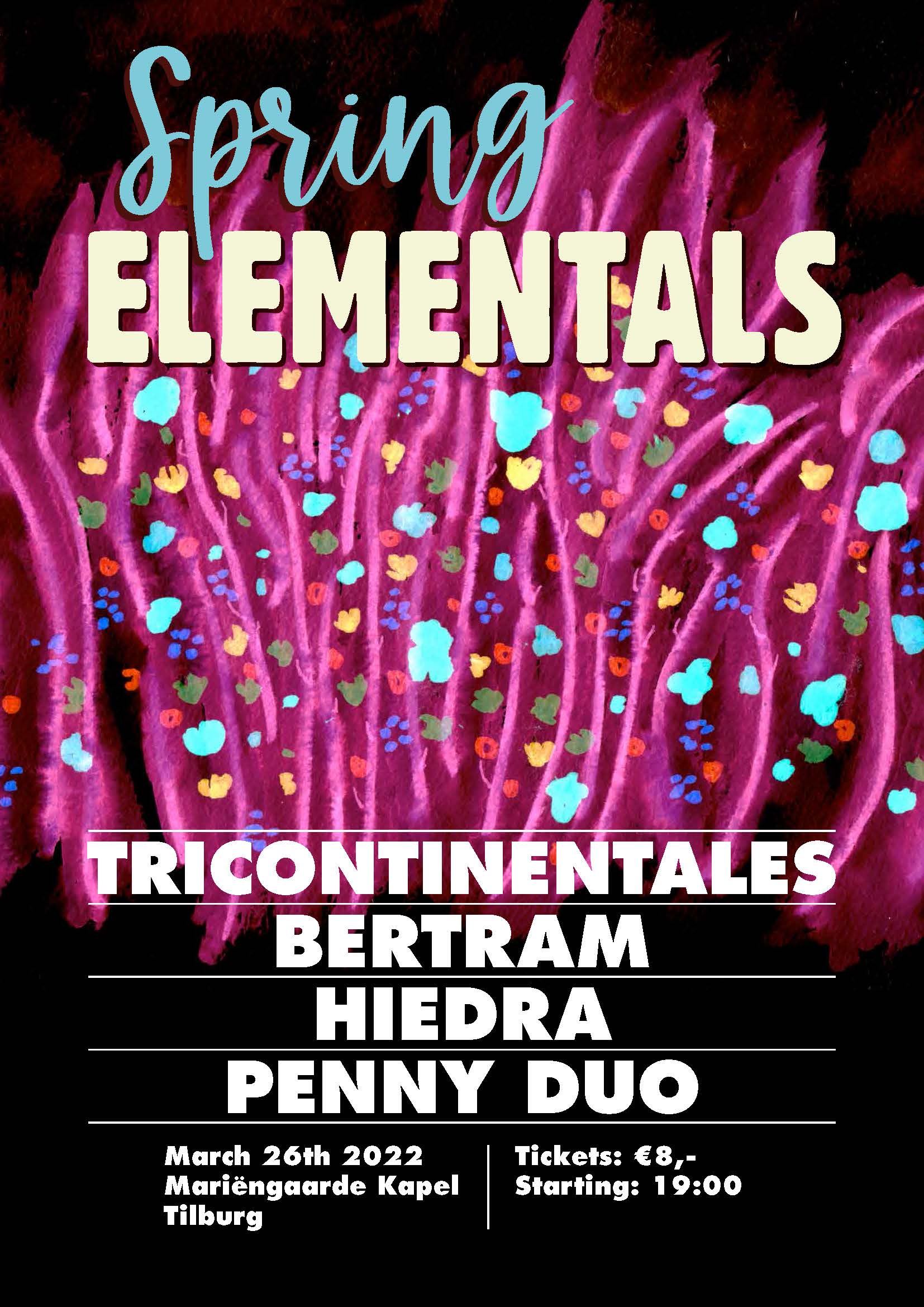 Welcome everybody to the first version of Spring Elementals, in this opportunity we will have an amazing music night with the presentation of Penny Duo, Hiedra, Bertram and Tricontinentales.

Penny Duo:
Pau Li Liem (vocals and piano) and Wytske Gratama (vocals and guitar) write songs based on Hans Christian Andersen’s old fairy tales. These fairy tales paint an extraordinary world filled with peculiar creatures and mysteries. Penny brings this world to life with their music, and takes you with them in their journey through a world that can be enchanting and playful, but where darkness hides in unexpected places.

Hiedra:
Hiedra is a duo formed by Spanish singer Paloma Lázaro Arteaga and Dutch guitarist Johan Timmermans.
Together they reinvent and reinterpret traditional and folk music from Spain and Latin America, mixed with original compositions and with influences of Arabic, Middle Eastern and Flamenco music.
Their audience will be taken on a musical journey through folk and dreamy sounds brought to them in an intimate and intense setting for voice and guitar.

Bertram:
Bertram is a newly formed modern jazz quartet, trying to step away from the usual. They use flowing lines interspersed with playful rhythms to create something unexpected.
Ernests Zviedris on guitar, J.J. Adamson on piano, Lester van de Berg on bass and Youri Traa on drums are the joined forces that make up Bertram.

Tricontinentales:
Tricontinentales is an interdimensional musical quartet, formed in 2021 in Tilburg, NL. The band fuses elements of jazz, funk, rock and pop, resulting in an elegant and dynamic proposal and an original and organic style.
Sujin Park, from South Korea on the keyboards, drummer Youri Traa and guitarist Sammy Huijts from the Netherlands and bass player and vocalist Andrès from Chile are the elements of this multicultural band.

We look forward to seeing you all.